The £14,000 raised for the Royal National Institute of Blind People (RNIB) by the Cleaning & Hygiene Suppliers Association (CHSA) in 2017 is being used to record unabridged audiobooks for RNIB’s Talking Books Library. Stephen Harrison, Chairman of the CHSA visited RNIB’s Camden Studios recently to record the dedication, to be played at the start of every copy. 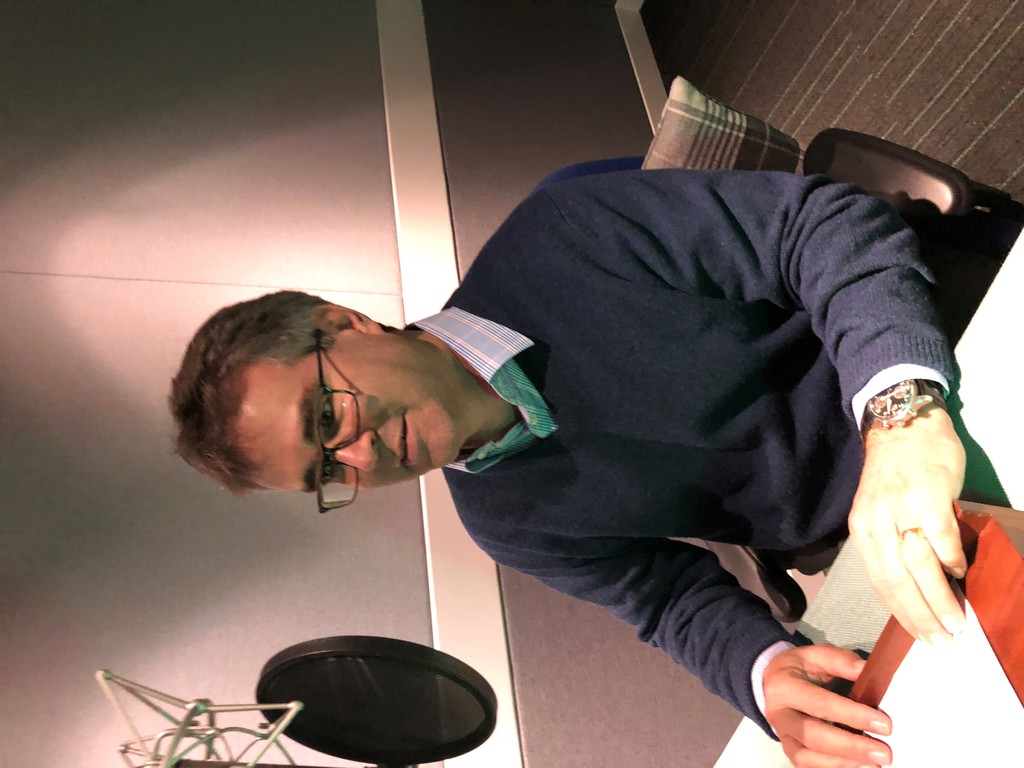 The money was raised thanks to the generosity of CHSA members who attended the annual Gala Ball in May 2017 and the organisation’s Pro-Am Charity Golf Day, held in September 2017.

RNIB offers practical and emotional support to blind and partially sighted people, helping them and their families face the future with confidence.  It is estimated there are more than two million people in the UK today who are affected by sight loss.  “Our audiobooks, which are free of charge to blind and partially sighted people, can be a lifeline,” said Harry Meade, RNIB Corporate Partnerships Manager.  “We are very grateful for the donation, which will allow us to record five or six new books.”

“We’re delighted to help RNIB produce these books,” said Stephen Harrison, Chairman of the CHSA and Managing Director of Harrison Wipes.  “RNIB is a charity close to my heart.  I have been inspired by a friend who has sight loss and with whom I am now training, as his guide runner, to run a half marathon. He came with me to the recording studio to learn how the books make such a difference to so many people, are recorded.”

RNIB is the CHSA Chairman’s Charity for 2018 too.  Funds raised at the 2018 Gala Ball on 11 May and the 2018 Pro-Am Charity Golf Day in September this year will be donated to RNIB at the end of the year.

Harrison Wipes, of which Stephen Harrison is Managing Director, will also be installing a Sooty Box in reception.  RNIB volunteers regularly empty the collection boxes, so placing one at reception is an easy way for corporates to help raise money for RNIB.

Harry Meade, continued: “We’re celebrating our 150th anniversary this year. To celebrate, we are looking for 2018 new homes for Sooty Boxes.  It would be wonderful if businesses in the cleaning and hygiene industry volunteered to take one.  Anyone interested in finding out more can contact me on harry.meade@rnib.org.uk.”