Following a period of unprecedented membership growth, ISSA has strengthened its presence in Europe with the appointment of Dianna Steinbach as director of EMEA services. 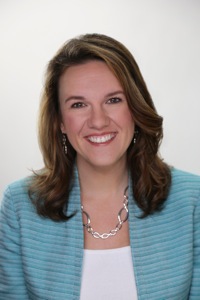 Dianna will be relocating to Europe with her family this summer to fill the position currently held by Keith Baker as of 1 September 2015.

Keith Baker will continue to represent ISSA as director of industry outreach EMEA. In this role, Keith will be responsible for membership growth as well as member support and trade show services within Europe, the Middle East and Africa.

Dianna Steinbach has served previously as the director of marketing based at ISSA headquarters in Chicago. She has been at the heart of the cleaning and hygiene industry for 19 years and, prior to joining ISSA in 2002, served as editor of the US-based 'Contracting Profits' and 'Housekeeping Solutions' magazines.

In her tenure with ISSA, Dianna has directed the association’s global marketing and communications activities including the acclaimed Value of Clean campaign. She has also chaired high profile exhibition panel discussions, and personally led seminars and webinars for ISSA as well as for a wide variety of distributors, contract cleaning companies, facility management groups and industry associations.

Dianna said: "It is an honour to follow Keith and assume responsibility for ISSA’s EMEA operations. I am committed to continuing and building on Keith’s many successes, as we expand operations and add new products and services throughout the region."

Keith Baker added: "I am very proud of what has been achieved in the region in terms of the growth in membership, the connections we have made, the partnerships we have brokered, the success of the Amsterdam, Warsaw and Istanbul shows, and the key role that ISSA has played in transforming the perception of the cleaning industry. I have had the pleasure to work with Dianna over many years and to see first-hand the results of her talent and dedication to this industry. I am excited that she is coming to Europe."

Additionally, ISSA welcomes Lisa Richter who will join ISSA as its new director of marketing effective 1 June, 2015, based at ISSA headquarters in Chicago, Illinois, U.S.A.