Home >Control of norovirus on a cruise ship
ARTICLE

Control of norovirus on a cruise ship

Norovirus is the most prevalent cause of infectious gastroenteritis in England and Wales (HPA, 2013). It has a single-stranded RNA genome, a non-enveloped protein capsid protecting it from environmental degradation, and is highly infectious. 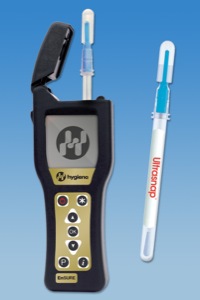 Outbreaks of norovirus result in a substantial economic cost to the cruise industry and the disease burden is often difficult to quantify, with deaths and long-term outcomes often under reported.

Norovirus is particularly problematic in confined environments e.g. cruise ships where multiple transmission routes of infection can occur via the faecal oral route from hand contact surfaces and aerosols. Disrupting these routes is challenging and norovirus with its low infective dose and prolonged resistance in the environment often results in cruise ships suffering secondary or further outbreaks even after sanitization at the end of a cruise. Norovirus is also difficult to eradicate and incidents have been reported of the survival of norovirus in the environment for up to 16 days that caused re-infection.

Norovirus is not notifiable but ships are required to notify Port Health Authorities of cases prior to berthing on the Maritime Declaration of Health. Key to preventing the spread of Norovirus is thorough and effective disinfection during and after an outbreak.The effectiveness of decontamination should be evaluated by Port Health Officers, as described by the Health Protection Agency (2007). The literature contains several references to norovirus outbreaks on cruise ships but the control measures are poorly described.

Specific detection methods for norovirus are expensive and results take time. The short turnaround time for a cruise ship <8 hours leaves little time for Port Health Officers to assess whether a ship is safe to continue sailing.

For more than 30 years the ATP Bioluminescence technique has been widely used by the food industry as a simple instant test to validate and verify cleaning efficiency, and identify sources of contamination. It is also used for many other industrial applications as well as monitoring cleanliness in hospitals in association with infection control measures.

Cleaning is designed to remove residues of food and body fluids such that the subsequent application of disinfectants can function correctly and inactivate residual microbial contamination. Foods and body fluids contain large amounts of ATP i.e. adenosine triphosphate (the universal energy carrier) such that residues of ATP remaining on surfaces after cleaning provide a direct, objective measure of the efficacy of the cleaning process and residual contamination risk.

An ATP test system (SystemSURE II luminometer and UltraSnap swabs) was used to evaluate the effectiveness of cleaning post-disembarkation following two outbreaks on a cruise ship in order to critically review the management of the outbreaks. The swabs contain a reagent known as luciferase/luciferin in the bulb of the swab. Once the swab is snapped and the bulb squeezed, an oxidation reaction takes place with ATP, emitting light, with the light produced directly proportional to the amount of ATP.

This is a rapid method showing a strong correlation between ATP and microbial cells with results measured in reflective light units (RLU) obtained within 15 seconds. Samples were taken in infected cabins and toilets on all decks including some adjacent non-infected cabins, which may have been subject to contamination by their proximity, all public areas on the ship, and before embarkation, at the port terminal following deep cleaning. The areas swabbed were random and taken from various sampling points immediately after cleaning, and focusing on typical high touch formites which can transmit infection.

This study was moderate in size with 601 swabs/sampling sites measured in both outbreaks including sampling of 53 cabins and the public areas on the ship. A benchmark of 100 RLU was used as the maximum acceptable reading, since previous studies showed that this is achievable in the near patient areas in hospitals and commercial catering establishments. Accordingly a traffic lights system was adopted of Pass <50 RLU, Caution 51 – 100 RLU and Fail >100 RLU.

Table 1 summarises the post-cleaning data generated after both outbreaks. The mean (or average) and median RLU values show that most of the surfaces tested were actually cleaned to a high standard (generally <50 RLU) but a small number of unclean surfaces were identified with very high RLU values of 1600 – 6946. This suggests that these locations were either poorly cleaned or not cleaned at all and the results distort the average value giving an unusually high average RLU value compared to the benchmark target of 100 RLU. The highest failure rate and highest RLU values were associated with handrails, toilet taps and shower holders with average RLU values of 182, 468 and 978 respectively.

Figures 1 and 2 shows that a better level of cleaning was achieved after the second outbreak i.e. the number of samples achieving the pass level increase from 61% to 81% with corresponding decreases in the number of a sample failing from 25% to 8%. This corresponded to it being a less severe outbreak. In the first outbreak, 514 passengers and 298 crew, 59 passengers (12%) and 3 crew (1%) became ill with norovirus over 10 days. Three months later, on the same cruise ship, of the 661 passengers and 287 crew, only 36 passengers (5%) became ill over 6 days. Higher attack rates and a prolonged outbreak may be linked to greater residual environmental contamination.

An overall assessment was used to categorise the level of cleaning based on the average and median RLU values and the small number of very high individual ATP results. Table 2 shows some variation in cabin cleaning when comparing different decks. Deck D showed a marked improvement after the second outbreak whereas Deck A was more consistent and had overall lower ATP scores although Deck B appear to show a slightly poorer level of cleaning with higher ATP scores after the second outbreak.

ATP testing performed on the public areas of the ship generally showed good cleaning after the first outbreak with low average ATP results ( 1 – 72 RLU)  and low median ATP scores (1 – 40 RLU). Sample sites included hand rails, hand contact areas in washrooms, restaurants and bars, and the Internet centre. The port terminal had 60% fails with some very high ATP scores of several 1000’s RLU taken from the terminal desk. A coach subjected to a vomiting incident was found to have 43% fails and high ATP score of 845 RLU. Similar results were also obtained after the second outbreak. However, several other areas of poor cleaning on the ship were identified from worktops, restaurant trolley handles, ice machines and taps. The café at the port terminal had the highest recorded result of public areas sampled at 4635 RLU – taken from the men’s toilet taps.

Other studies show that toilets are areas of high contamination with norovirus and only 37% of 8344 objects evaluated in 273 public toilets on 56 cruise ships were found to be cleaned daily. There were many failures in implementing control measures, possibly due to the rapid turnaround period between cruises. It seems clear that enhanced hygiene measures can significantly reduce norovirus transmission in outbreaks by as much as 85% when properly implemented by breaking the chain of infection by reducing the transmission potential. For effective decontamination of formites and to avoid subsequent successive outbreaks, cruise ships may have to be taken out of service for a short period following an outbreak.

Clearly the consistency and thoroughness of the delivery of cleaning and decontamination services are crucial to managing and preventing norovirus outbreaks. Organising dedicated teams to clean specific areas in a controlled manner is often advantageous e.g. bathrooms and washrooms where vomiting incidents can be expected or have occurred. Environmental sampling is recommended in all outbreaks on cruise ships to evaluate the efficacy of control measures. ATP swabs are not a substitute for microbiological culturing methods but have proved to be an invaluable tool for the rapid assessment of cleaning standards. They have served to identify areas and surfaces regularly inadequately cleaned, resulting in ships changing their cleaning procedures.