The British Cleaning Council (BCC) has confirmed that Ruby McGregor-Smith, CEO of Mitie, and Tony Anderson, sales and marketing director for easyJet, will be among its key speakers at its 2014 annual conference, which will take place at Dexter House, London on 6th November. 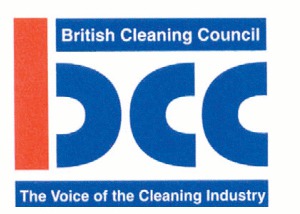 Ruby McGregor-Smith is the only asian female chief executive of a FTSE 250 company, and was awarded a CBE in 2012 for services to business and promoting diversity. The theme this year is 'Changing Perceptions' and as a female boss at one of the world's leading companies her insight and experiences should be extremely interesting to delegates.

Tony Anderson has worked closely with Stelios to launch and build easyJet into the major force in European aviation. Drawing extensively on his experiences working for easyJet as a start-up, Tony will talk about how small- and medium-sized companies can take on the big guys (the corporate gorillas) and win.

The BCC has also announced that Kimberley Clark Professional will be the main sponsor for the event. Other sponsors are South Thames College, Reintec, NSL, and The Equality Human Rights Commission.

‘Changing Perceptions’ was chosen as this year's theme because the BCC believes it’s vital that the public becomes more aware of the positive changes taking place in the industry. Delegates can look forward to a full day of presentations from influential speakers who will share their thoughts on this important issue. The day is also designed to offer networking opportunities with some of the industry’s biggest movers.

The master of ceremonies for the day will be Alan Dedicoat, an announcer for programmes on BBC One and BBC Radio 2; who is probably best known as the "Voice of the Balls" on the National Lottery programmes.

For one of the breakout sessions, business development coach Peter Spalton will run a workshop called 'First Impressions Count: Master the Techniques of Business Networking'. Peter Spalton is a well-respected expert on human interaction, social skills and non-verbal communication. At this fun, interactive event, delegates will learn the tools and techniques to ensure that they make the right first impression. The day will also feature an 'Industry Question Time Panel', with BCC Chairman Doug Cooke, chief executive of The Building Futures Group Sarah Bentley, and other key industry figures who will be confirmed soon.

Tickets are now available at £110.00 from the BCC website: britishcleaningcouncil.org. £10 from each ticket sale goes directly to this year’s conference charity The London Centre for Children with Cerebral Palsy.