New Chairman for the British Cleaning Council after AGM in Birmingham

It was all change at the top when the BCC convened for its quarterly meeting and AGM, with Simon Hollingbery, taking over as Chairman from Doug Cooke, who stepped down after three years in the role. 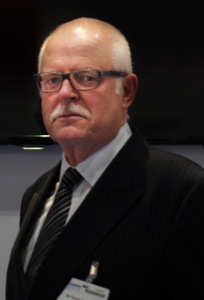 The vacant deputy chair position was then put to a vote of the membership, and was won by BICSc CEO Stan Atkins with a sizable majority.

In a lively and well attended meeting, held in one of the conference suites at the NEC in Birmingham, members debated a range of issues that will shape the Council’s immediate future.

It was confirmed that there wouldn’t be a conference this year, but the Council has set up a working party to look into how it might participate in events, conferences and trade shows in the future.

It was reported that the recent Cleaning Show, at the Excel Arena, brought higher than expected profits for the BCC, and the board confirmed that funding was now being made available for new cleaning projects, of which it had already received a number of enquiries.

The board heard that the two most recent projects to have received BCC grant funding were now doing very well. Raymond Martin, from the British Toilet Association, said the Toilet Map App, had recently passed some stringent stress tests, and was almost ready to be rolled out nationally.

Paul Thrupp, from the Window Cleaners Federation, told the Council that its Safety Accredited Member scheme (SAM), which allows local authorities and other organisations to identify that you have acquired minimum standards to practice, is becoming increasingly important in the procurement process in their sector.

There was a presentation from Tracy Hamilton and Norma Naismith, from the Health & Safety Executive (HSE), who told members about the work of the Cleaning Industry Liaison Forum, of which they are Chair and Secretary.

Simon Forrester, of the British Pest Control Association, gave an interesting presentation in support of his application to join the BCC, after which members voted unanimously to accept the BPCA onto the Council.

The board also heard that former Minister and Labour MP for Poplar and Limehouse, Jim Fitzpatrick, has agreed to be a supporter at Westminster.