NHS chiefs are bringing in specialist help to fight rising numbers of hospital infections in Dumfries and Galloway. The move follows the news that MRSA cases went up sharply in the last two months of 2013. 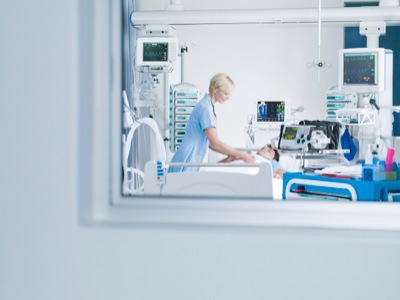 Members of the health board were told clostridium difficile – commonly known as c.diff – cases also rose with seven in November and 11 in December.

Nursing director Hazel Borland admitted that, despite progress, doctors have been unable to stamp out the problems.

She told board members: "We’ve made improvements in recent years but we had a very busy winter period and we saw a disappointing rise in the figures.

"I’ve actively asked Health Protection Scotland to come and have a look at what we’re doing and see if there’s anything else we can be doing to bring ourselves in line with our own targets.

"We’ve still got a year to reach the Scottish government’s goals but also want to reach our local targets too. The work we’ve been doing so far has got us improvements but we need to take it to the next level.

"HPS will bring a new set of eyes to what we’re doing.”

The Scottish government set targets for NHS performance in 2004 to try to reduce the number of infections in hospitals around the country. Board member Andrew Campbell raised fears about the fight against hospital infections.

He said: "I have concerns over this with Health Protection Scotland. Why has it got to the stage where we need more people to help do our job? It seems to me there is something not right with our service.”

Despite the increase in the number of infections the director praised staff for dealing with the recent norovirus outbreak, the winter vomiting bug, which closed Ward 18 at Dumfries & Galloway Royal Infirmary for 10 days in January.

She added: "We had a strain of the norovirus which was kept to just a single ward which is a testament to the hard work of staff.

"Also, praise has to be given to families and visitors for keeping the virus contained because the only way to avoid spreading the illness is a good old-fashioned hand wash.”

Ward 16 was also closed at Dumfries & Galloway Royal Infirmary in February due to a norovirus outbreak.