The BCC Conference 2012 is now less than three months away with only a limited number of tickets remaining. While many of last year's attendees are already set to return, for anyone unfamiliar with the event, Peter Carrol of The BCC provides a taster of what to expect 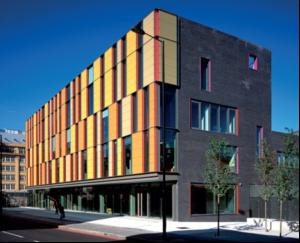 The BCC Conference 2012 is now less than three months away with only a limited number of tickets remaining. While many of last year's attendees are already set to return, for anyone unfamiliar with the event, Peter Carrol of The BCC provides a taster of what to expect

In just three years, the BCC Conference has established itself as the must-attend event for professionals concerned with creative solutions and commercial success in the cleaning industry. Our previous two events have sold-out, with over 200 senior executives convening in central London to discuss, debate and disseminate the latest economic trends and managerial thinking within the cleaning sector.

The day once again follows a seminar based format with 8 sessions on a wide range of topics. Sponsors including: Vitec Global, Kimberly- Clarke Professional, Selden Research, Diversey, South Thames College, and Norse- will provide entertainment and networking opportunities during the breaks, with many using the prestigious conference platform to launch new products and services from their companies.

The seminars will be led by journalist and broadcaster Andrew Neil, who has been confirmed as our keynote speaker. Mr. Neil currently presents an array of political programmes on the BBC, so he will be familiar to many from his hard-hitting interview style on the Daily Politics or his entertaining late-night long runner This Week- which also features former BCC Conference alumnus Michael Portillo.

Neil has been at the top of British public life for over 30 years; starting from the moment he was hired by Rupert Murdoch to edit the Sunday Times at the prodigious age of 34. Always entertaining, provocative and at the vanguard of the news agenda, Neil will be sharing his experiences of working closely with News Corporation and reflecting on his experiences from a highly successful business career in his own right- he currently holds the role of Chairman for Press Holdings Group, a media portfolio company which includes the Spectator magazine.

Also featuring on the day is Sir. Michael Darrington, former managing director of Greggs Bakers. During his 30 year stint at the helm he built Greggs up from a relatively small regional bakers into a FTSE 250 company, with revenues of over £700million. Since he retired two years ago, Sir.

Darrington has devoted himself to charitable causes and has become a high-profile spokesperson for corporate social responsibility, regularly speaking out against excessive remuneration for top company executives and calling for a greater emphasis on social responsibility from businesses in the wake of the 2008 economic meltdown. Greggs is a company that continues to reflect Sir. Michael's vision and values, and at our conference he will be talking about what he thinks it takes to build and grow an enduringly successful business in modern Britain, as well as outlining his beliefs of the role businesses should be playing in society and their local communities.

Of the other sessions, we will also be hearing from accountants Thomas Westcott, who will be discussing the legal requirement for employers to file information on their staffing working hours every month. The initiative- Real Time Information for Payroll- kicks in in April 2013, and almost all UK employers will be asked to file payroll data electronically on a monthly basis.

Update on current issues Delegates can also expect sessions on how the globally harmonized system (GHS) of classification and labelling of chemicals will affect every business, while BIS and Asset Skills will come together to discuss the new apprenticeship opportunities for the cleaning industry and outline the government's direction of travel for trainingbased opportunities for young people in our sector. I know a lot of people involved in cleaning were a little surprised by Business Secretary Vince Cable's comments earlier this year where he questioned the quality of cleaning industry apprenticeships, via the implication that they were not the best use of government resources.

The Conference will be our industries chance to make a case to BIS that cleaning provides an important public service and skills-based, viable careers, both of which are key criteria for any apprenticeship.

For 2012 each speaker will be limited to 30 minutes. This is a change based on feedback from last years' event, so we can devise an inclusive experience for delegates, who are coming from a range of backgrounds and will bring this broad range on the day. Each of these sessions has also been devised in collaboration with our sponsorship partners, who have steered the agenda towards the business issues and innovations that we believe will be vital for our industry in the future, making the event collaborative, highly relevant and current.

The BCC Conference takes place on 23rd October at Coin Street Conference Centre on London's South Bank, and a few early bird tickets are still available at the time of writing, priced at just £99.

Check the British Cleaning Council's website: britishcleaningcouncil.org/cleaningconference.html to book your spot.
MORE FROM THIS COMPANY