The British Cleaning Council (BCC) is delighted that The City of London Corporation and providers Mitie, Sodexo and ISS have announced a living wage agreement ahead of a contract renewal due in 2014. 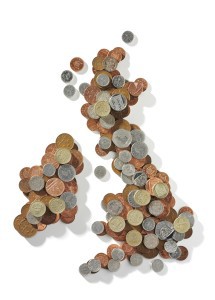 The providers and the local government of the City of London have worked together to agree on an increased rate, valuing the benefits that it brings. Payment of the living wage on these existing contracts will come into force immediately.

The London Living Wage is set at £8.30 an hour, £2.22 more than the national minimum wage. The City of London Corporation will negotiate payment on a case by case basis rather than demand it be paid for all contracts.

The British Cleaning Council has vocally supported the living campaign since its inception, and encourages more employers to pay the rate in order to see increased staff retention, better quality of service, and most importantly higher living conditions for staff.

BCC Chairman Douglas Cooke commented: "The British Cleaning Council is very pleased to see such a prominent London employer continue to put its support for the living wage into practice. The living wage is a policy that benefits both employer and employee and we hope to see many more businesses commit to raising standards in the cleaning and facilities management sector.”

Neil Jameson, director of the Living Wage Campaign will be debating the policy at the British Cleaning Council conference on the 28th November alongside cleaning industry leaders.