Pick up your productivity

When it comes to vacuum cleaners, tub vacs are generally bought due to price, but the greater productivity of uprights make them better value in many instances, argues Justin Binks, director at SEBO 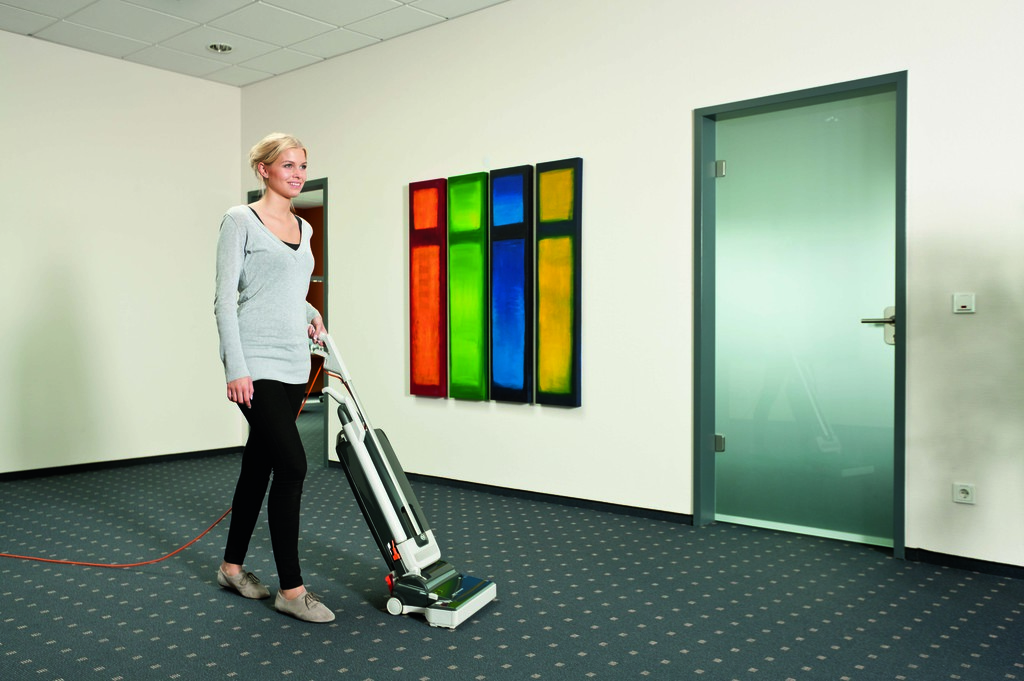 Productivity is a word that regularly appears in the news. Its newsworthiness derives from how incredibly important it is – increasing productivity is the key to real wealth creation. References to Britain’s poor performance in this area are common and it has been called ‘the productivity gap’. It is regarded as Britain’s economic Achilles heel. Generally, it is mentioned in the context of manufacturing productivity, however, productivity reaches right across the economy from transport to healthcare to agriculture and of course, commercial cleaning.

Productivity is about getting greater output relative to input, for example using a tractor to pull a plough instead of using a horse, or transferring money electronically rather than by cheque. Either more can be produced for the same input, or an equal output can be produced with less input. Increasing productivity allows cost to be reduced, even where wages rise.

It is worth dwelling briefly on skill. If someone doesn’t know how to do something properly, they obviously aren’t going to do it well. They are going to waste time and resources and they are probably going to have low job satisfaction. Conversely, where someone does know what they are doing they are going to be quicker and do a much better job. However, skill is wasted if it doesn’t have access to the right tools. Having the right vacuum cleaner can make an enormous difference to cleaning productivity. It can also make a huge difference to the level of cleanliness achieved.

Choosing the right vacuum cleaner depends on a number of factors:

Firstly, what kind of floor is it going to be used on? If it is all hard floor, then a tub/cylinder may be best. If it is all carpet, then probably an upright would be correct. If it is a mix of hard floor and carpet, then the ratio would determine the choice. An important consideration is that the revolving brush of an upright will give a superior pick up of hair and fibre and help restore the pile giving an enhanced appearance to the carpet.

Secondly, how large is the area to be cleaned? If it is a small congested area, then a tub may be right as the small cleaning head and tube can access small spaces. However, that small cleaning head becomes less and less efficient as the size of area increases. Professional uprights are available in a number of cleaning head widths to suit small, medium and large areas. The inherent design of uprights also makes them able to cover larger areas more quickly. Trying to clean a large area with a tub vacuum is analogous to trying to mow a lawn with a strimmer.

Tub/cylinder vacuums tend to be cheaper, and undoubtedly in certain circumstances are the best choice, but those circumstances tend to be situations where the opportunity for increasing productivity is limited, such as small congested areas. When a tub vacuum is used in the wrong circumstances, productivity nosedives, costs escalate and the end cleaning result will undoubtably leave much to be desired.

Uprights, despite a higher buying price, give the possibility of much greater productivity and therefore cost reduction. When the correct size of machine is selected and the user is trained as to the proper cleaning procedure, there is a win/win of high productivity and effective cleaning.