Companies signed up to the UK Plastic Pact have committed to removing eight "problem plastics" by 2020, including cutlery, cotton buds and polystyrene packaging. 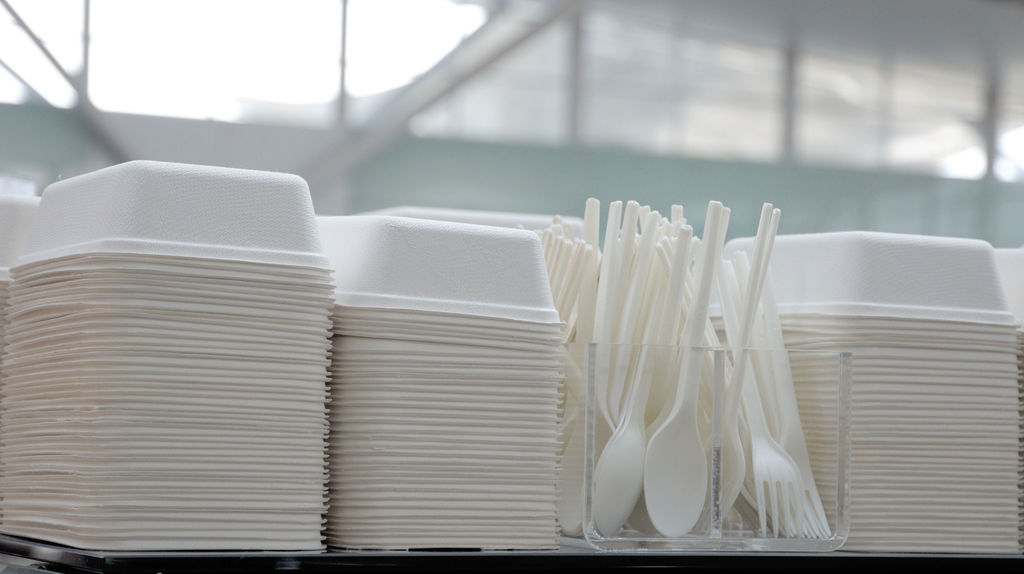 According to a new progress report from waste reduction body WRAP, plastic cutlery, cotton buds, stirrers, polystyrene packaging, oxo-degradables, straws and PVC packaging are the eight items that should be eliminated by 2020.

Now, members of the UK Plastics Pact, are taking the first steps towards their commitments by phasing out the use of the items.

The eight for elimination are accompanied by a second list of 19 items to be “actively investigated” by pact members resulting in either avoidance, re-use, re-design or recycling or composting by 2025.

Plastic bottle tops and caps, single-use drinks bottles, non-recyclable coloured plastics, fruit and vegetable punnets, internal plastic trays such as those used in premium biscuits and single-use plastic cups and lids are also on the list, as are teabags, which can contain or be made from non-degradable plastic and contaminate compost.

WRAP director Peter Maddox said: “We know that more people than ever are concerned about the impact of plastics. The fundamental way industry can support this public desire is by addressing the issues that lead to plastic packaging being problematic.

“So, for every item of packaging, we need to consider whether plastic is the right material choice, or indeed if packaging is required at all. In many cases, plastic may be the best material choice from an environmental perspective. In these cases, we need to ensure that the plastic can be and is recycled. The items listed today are priorities for UK Plastics Pact members, and the onus is on those members to implement changes, urgently.”

WRAP claimed that the move aligns with the European Union’s Single Use Plastic Directive and the UK Government’s ban on the sale and use of straws, drink stirrers and cotton buds with plastic stems in England from next April.

Under the pact, the businesses have also agreed targets to make 100% of their plastic packaging reusable, recyclable or compostable and to ensure 70% is effectively recycled or composted.

Members, which include major food and drink brands, supermarkets, manufacturers, retailers and plastic re-processors, will also ensure that there is an average 30% recycled content across plastic packaging by 2025.

Launched by not-for-profit WRAP, the UK Plastics Pact purported to be the first commitment of its kind, uniting corporates across the plastic value chain in a bid to improve recyclability, champion reuse and foster plastic-free innovations.

Its original 42 members, which include the likes of Nestlé, Marks & Spencer (M&S), Unilever, Procter & Gamble (P&G) and PepsiCo, were responsible for more than 80% of the plastic packaging on products sold in UK supermarkets at the time of its launch.

Since then, the initiative has grown to reach 127 members, garnering support from waste management firms, local authorities, universities and SMEs alongside the founding food and drinks and consumer goods giants.

The report has been met with criticism by some MPs, with deputy leader of the Green Party, Amelia Womack, claiming that a self-regulation model had “failed” and that Government would need to intervene with “strong action”.