A Sunderland man has been ordered to pay over £12,000 after a hearing at Sunderland Magistrates Court. 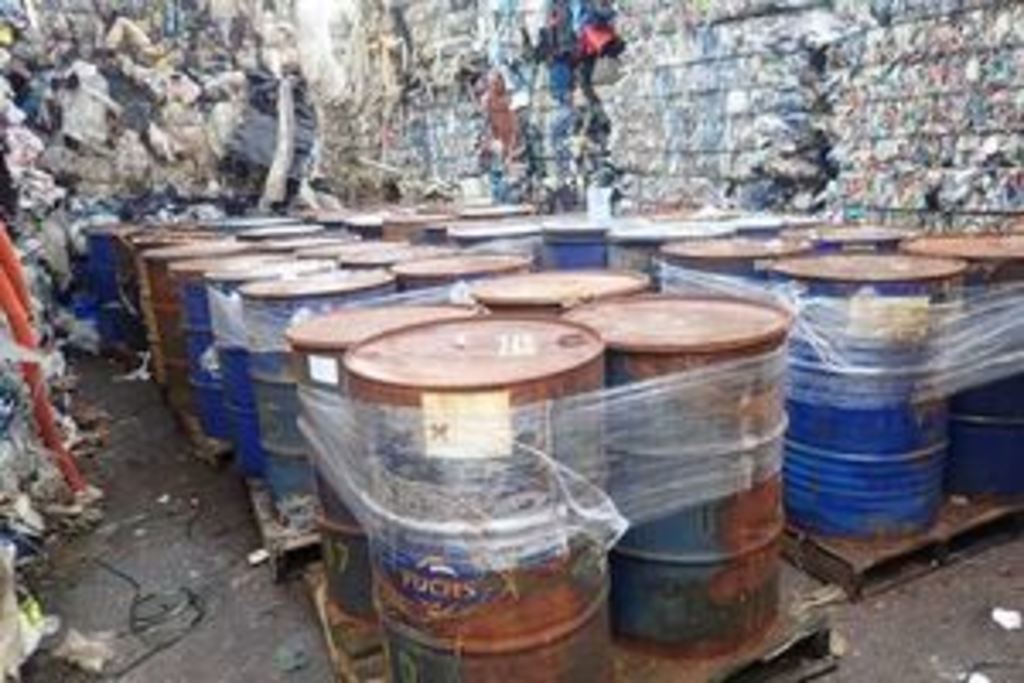 Mr Shee ran the operation from a site on Durham Road, Birtley.

Mr Shee was also prosecuted for failing to safely store ninety-nine 45 gallon drums, which contained polluting, hazardous and combustible wastes. This was made additionally careless as the drums were located near to a ditch that runs into Rowletch Burn, and sits only a short distance from the main North South Railway line.

Even though the drums were initially fly-tipped on to his property, Mr Shee failed to take appropriate steps to remove the hazardous items. He stored them for several years outside in the open air without any regard to the risks to the environment and neighbouring premises, through spillage or fire.

Mr Shee ignored all of the advice and guidance provided to him by the Environment Agency and deliberately continued to operate his waste company in breach of the rules.

Mr Shee entered guilty pleas to the charges under regulation 38(1)(a) Environmental Permitting (England and Wales) Regulations 2016, operating a regulated facility, namely a waste operation except under and to the extent authorised by an environmental permit.

Jonathan Stirland, acting on behalf of the defendant, told magistrates that Mr Shee had gaps in his knowledge about operating the site and was keen to undertake training. He also intended to remove some of the offending waste from the site but had been prevented from doing so by a faulty clutch on one of his vehicles. In respect of the 99 drums of waste, Mr Stirland told the court they had been fly-tipped on Mr Shee’s land and he didn’t know what to do with them.

When sentencing, the magistrates found Mr Shee’s operation of the facility without a permit as deliberate, telling him “…you knew what you did was wrong and you did it for a long period of time”, and “…disregarded advice given”.

In regards to the storage drums, the magistrates described Mr Shee’s behaviour in failing to take any steps to deal with them as “unbelievable”, calling his actions “reckless at the very least”.

Area environment manager for the Environment Agency, Jamie Fletcher, said: "Our role as regulator aims to help protect the public, residents and the environment from situations that may potentially cause serious harm. In the case of Mr Shee, he continuously ignored the advice from the Agency, and ran a waste company that was in breach of environmental rules that are in place for a reason to help protect people.

"The Birtley site contained almost a hundred hazardous storage drums, and if they were to leak or be set alight could’ve caused serious damage or health implications to local residents or the environment.

"The successful prosecution and level of fine shows how the Environment Agency is always looking to clamp down on unlawful activities, and will seek to bring to justice those individuals and businesses who aim to bend the rules."