Home >Global cleaning giant Kärcher puts its support behind the UK, as delegates from 65 countries arrive for its World Meeting
ARTICLE

Global cleaning giant Kärcher puts its support behind the UK, as delegates from 65 countries arrive for its World Meeting

Guests from all across the globe arrived in the UK in July for the 2017 Kärcher World Meeting, to talk innovation, strategy and growth. 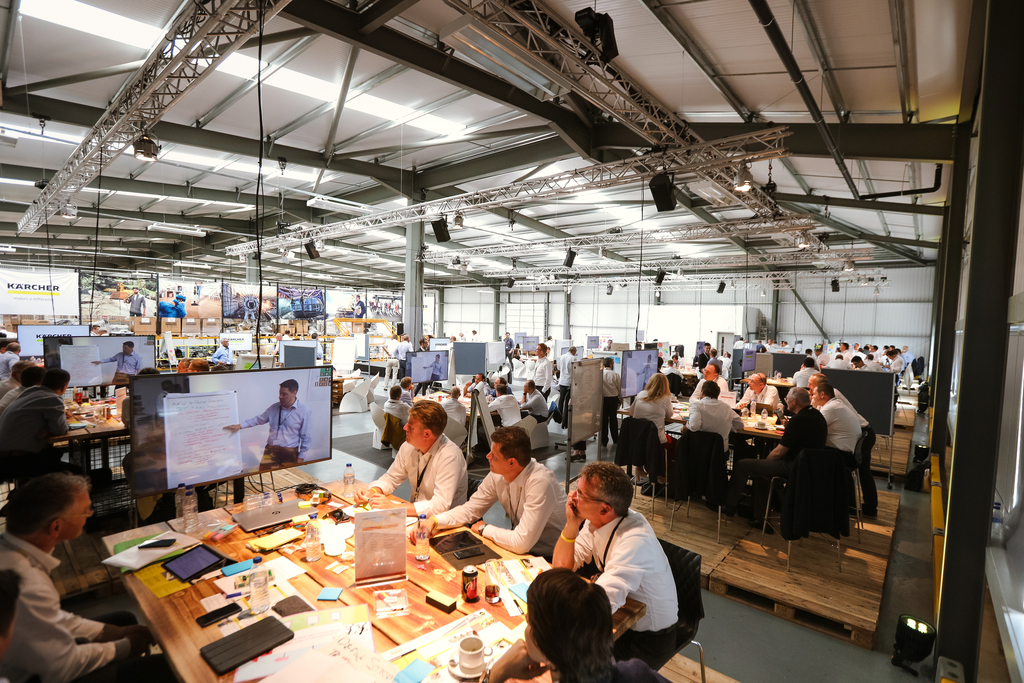 The prestigious 3 day event saw the coming together of some 150 guests, comprising leaders of the 100 subsidiaries and 65 countries Kärcher operates in today, as well as the Kärcher supervisory and management boards and members of the Kärcher family - the children and grandchildren of the company’s founder Alfred Kärcher.

In a dual location event, guests split their time between central London and the new Kärcher UK headquarters in Banbury, Oxfordshire.

Arriving in a fleet of especially liveried coaches, the delegates toured the new 7,802m² facilities ahead of the morning session. For key note speaker Hartmut Jenner, global chief executive & chairman of the Kärcher Management Board, this was the second visit in as many months, having presided over the official inauguration of the building including onsite conference center, flagship Kärcher Center retail store and Kärcher Academy training facilities in May.

Appropriately the new build was first announced by David Cameron at an international investment summit, entitled ‘Embracing new technology for competitive advantage’ and that of course is exactly what Kärcher has done, both in its infrastructure and its product portfolio – which currently numbers some 3,000 machines and 1,700 design patents.

It is customary at the World Meeting to show international guests something of the host country’s culture or renown. The UK chose to celebrate its pioneering engineering heritage; delegates were treated to an unforgettable journey leaving Banbury Station to travel back in time aboard the luxurious vintage carriages of the Belmond British Pullman, sister train to the Venice Simplon-Orient-Express. Onboard dinner, period music and scenic views of beautiful countryside rounded off the best of British experience en route to London.

Whilst in the capital, delegates also visited a landmark close to the UK team’s heart. Kärcher has donated its cleaning expertise to clean, protect and preserve over 100 monuments and heritage sites internationally, and the London Eye was the UK team’s biggest clean to date – and a major logistical challenge in high winds and low temperatures, but one that showed Kärcher can always rise to the challenge!

Commenting on the event Simon Keeping, UK managing director and region president, said: “It's been great having the Kärcher family and Kärcher's top management from around the world here in the UK. The opportunity to showcase our new purpose-built facility and, more importantly, the committed, talented team who work there has been a real privilege.”