Going beyond the minimum – the Living Wage in the cleaning industry

Lisa Sheppard, director of development at Facilicom UK, wants to see more employers recognising that there are real people at the end of every decision about wages, not just numbers on a balance sheet. She believes that they should choose to go beyond the minimum requirements, pay a fair Living Wage and that their clients will see the benefits of doing so 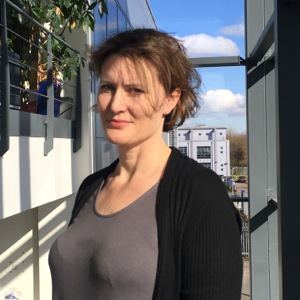 The Minimum Wage (and the new National Living Wage) is just that, a minimum. Whenever businesses set targets, they always look to exceed the minimum, yet with wages there seems a reluctance to match that drive. The voluntary Living Wage from the Living Wage Foundation is set at a higher level than people can afford to live at. However, unfortunately some businesses seem to work on the basis of ‘what do I need to be seen to be doing?’ rather than ‘what can/should I do?’ when setting wage levels.

There can also be a real inconsistency in how companies deal with the issue of paying a fair wage. There are instances of companies paying the London Living Wage to their employees based in London, but not to those outside. In other cases, there’s a difference in wage levels even between different buildings within London, with London Living Wage only being paid in a percentage of them.

Breaking down the barriers

Many companies aren’t inclined to be the first to break the status quo. There is often an attitude that if other companies nearby aren’t paying the Living Wage, why should they?

A further barrier to improving pay is that sometimes clients, or their representatives, aren’t willing to make any financial changes to contracts. There may also be a reluctance to talk over potential changes to the specification or other services being supplied, which may offer the option to incorporate the higher wage.

There are plenty of good reasons to do so and all of them can have a positive benefit on a business’ bottom line.

Business benefits of paying the Living Wage include:

All these factors combine to mean improved service levels and cost-efficiencies which could outweigh the increased cost of wages.

As an accredited Living Wage Service Provider, Facilicom would like to see a wider acknowledgement that there are real people receiving the agreed wages and that they should be fairly rewarded for their work and be able to live off the proceeds. We need to see more companies willing to be disruptive and take the chance to improve people’s lives.