New figures from Keep Britain Tidy show some improvement in the amount of litter found in Britain's streets, parks and public spaces but there is still more work to do. 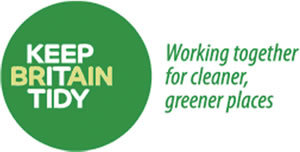 New figures from Keep Britain Tidy show some improvement in the amount of litter found in Britain's streets, parks and public spaces but there is still more work to do.

The Local Environmental Quality Survey England (LEQSE), funded by Defra, showed that in the last year the number of sites where nonalcoholic drinks cans and bottles were found was down from 57% of areas surveyed to 51%, with small decreases in the number of sites with cigarette ends, fast food litter, broken glass and discarded food.

However, there was a slight increase in the number of sites where dog mess was found - up to 8% from 6% last year - and increases in the amount of graffiti and plastic bags.

Keep Britain Tidy carries out the survey to assess the cleanliness of streets, parks and other areas. 12,000 sites were surveyed in 54 local council areas to show the prevalence of different forms of litter in open spaces.The information is used by local authorities to see how they are performing against the national average and to get an overall picture of how clean or dirty the country is.

â€œI am grateful to Keep Britain Tidy for their efforts in gathering this information on the cleanliness of our open spaces,â€ says Jim Fitzpatrick, Environment Minister.

â€œIt really does matter to all of us that our streets and places where we live and work are getting a little cleaner - but there is much more to do.

â€œIt only takes a little effort to put our litter in the bin, but it makes a huge difference to our own wellbeing and to the environment.â€

â€œThe report shows us that councils are working hard to keep our local areas clean and we urge them to continue their good work,â€ comments Phil Barton, Keep Britain Tidy chief executive.â€œThere is still work to be done to rid our communities from litter, graffiti and grime. It is up to each of us to take personal responsibility for our actions, to support councils' efforts to manage our streets and to make a lasting change to our local environments.â€

www.keepbritaintidy.org
MORE FROM THIS COMPANY