As urgency mounts to embrace greener fuel alternatives, Paul Beddows explains why we, the municipal sector, need to switch to more eco-friendly alternatives. 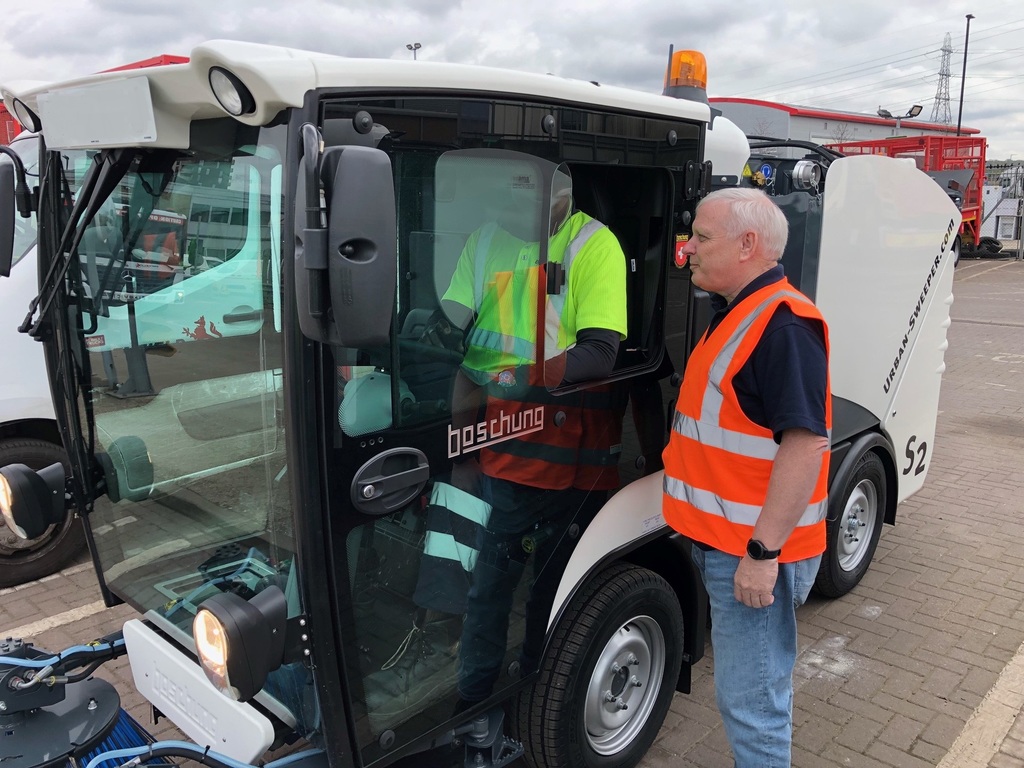 EVERY DAY we see the evidence of new green initiatives played out in front of our eyes. 2021 was a record year for electric vehicle (EV) sales with around 400,000 electric cars in circulation in the UK. And the number of plug-in hybrid vehicles is even higher, at around 750,000.

Individuals and local authorities across the country are embracing electric vehicle use and its positive impact on the environment. And with Government funding available, we’re seeing successful bids to replace pollution-heavy petrol and diesel vehicles with all-electric fleets. York City Council has recently been awarded over £8.4 million to support the purchase of 44 fully electric buses, which will reduce the city’s emissions by 3,900 tonnes per year, for example.

With a commitment to convert their fleets to all EV by 2030, these companies formed the Electric Vehicle Fleet Accelerator (EVFA). Their promise is to fully convert to EV. This is providing the Government and the EV industry can shore up the infrastructure for charging and the electricity network through investment and improving grid capabilities.

Even companies you’d never have traditionally associated with green policies are showing a real commitment to boosting EV take up. Shell announced its first UK all-EV charging hub in January this year, with plans to grow its charging network at forecourts in towns and cities to over 100,000 by 2030.

Government initiatives get greener by the day. The outlawing of red diesel being the latest in a series of measures to tackle climate change and improve the air in our cities, towns and countryside.

So, where does that leave the municipal sector, and what role can these fleet owners play in advancing the race to a carbon neutral future?

The impact of municipal fleets

To the untrained eye, the role of municipal fleets might not be an obvious one. Road sweepers are probably largely unnoticed by most as we go about our daily lives. But they are a vital arm of any local authority’s service offering.

Road sweepers remove hazardous materials from our streets, sweeping away glass and metal from roads and pavements. Flooding risks are also significantly reduced thanks to road sweepers keeping our gutters clear of debris.

Although unnoticed to most, we’d all realise very quickly if road sweepers were suddenly removed from our streets. Used daily, they are an essential part of the safe running of our towns and cities.

But we can’t ignore the need to make our operations as green as they can be. And while each and every vehicle in our municipal fleet undoubtedly makes a positive contribution to the safety of our citizens, we need to ensure that they limit their impact on the environment.

The need for change

It’s no secret that petrol and diesel use is responsible for a huge amount of damage to our environment. When we consider global warming, the harsh reality is that transport is responsible for 24% of all UK greenhouse gas emissions.

And although there was a significant decrease in emissions between 2019 and 2020, this can be mainly attributed to the reduction in transport during the national lockdowns.

With the Government’s ‘Build Back Greener’ strategy outlining a ‘green industrial revolution’, including a ten point plan for decarbonising private vehicles and public transport, we must make plans for greener municipal fleets too.

The use of rebated diesel (also known as red diesel) was made illegal from April this year. Many in the off-road sectors will already be feeling the effects of this ban as they can no longer enjoy the reduced tax rate.

So, affected businesses have found themselves having to use white diesel, taxed at the standard rate – meaning a huge increase in running costs – or having to find alternative fuel options.

Of course, it is hoped the new legislation on red diesel will encourage businesses to switch to more planet-friendly fuels, and there are options available. Which option businesses choose right now will vary from company to company as they reassess their long-term expenditure goals and the budgets available for investment.

Some businesses are choosing to move to Hydrotreated Vegetable Oil (HVO), which is a synthetic diesel alternative. Just as reliable as fossil diesel, renewable HVO is a much better choice for businesses than sticking with white diesel. It emits significantly fewer emissions and has a longer shelf life. This could be an option for those businesses who are not yet in the position to go fully EV and cover expensive modifications to their vehicles.

Although HVO offers a very attractive short-term solution to the loss of red diesel, it can’t be denied that going electric is the ultimate goal.

It could be said that there has never been a better time to make the switch to electric vehicles. For car owners, your journey can cost as little as a penny per mile. And electricity prices are more stable than petrol and diesel prices.

In the long term, making the leap to all EV means significant savings on fuel costs and unrivalled cuts in emissions. Noise pollution is also a consideration, especially in heavily populated areas. Electric vehicles are a much quieter option due to their motors having fewer moving parts than traditional petrol and diesel vehicles.

Some UK councils are ahead of the curve in striving to reach their own green commitments. Edinburgh’s city streets already benefit from a saving of 110kg emissions per day thanks to their electric sweeper. And Harrow Council has also welcomed its first fully electric sweeper into its municipal fleet to help meet the authority’s carbon neutral goals. Watford Borough Council is also doing its bit, with a new electric road sweeper and three electric cage tippers making welcome additions to its fleet.

This is an encouraging step in the right direction and these councils should be recognised for making such positive moves towards a greener and safer future.

But nationally we still have a long way to go. And the roll out of similar commitments should be replicated across the rest of the UK as soon as possible.

We have recently made a multi-million pound investment to expand our range of zero emission electric road sweepers, which includes the Lynx Charge compact sweeper and the Bucher MaxPowa V65e truck mounted sweeper.

The Lynx Charge features 2m3 container capacity and unparalleled power. Built on the same platform as the diesel-powered Lynx, the Charge uses a custom-designed battery pack and innovative systems to utilise the available energy.

The Bucher MaxPowa V65e is a 100% electric sweeper, offering a solution for zero emissions sweeping combined with longer on-station time, ease of use and low operational costs.

Both vehicles boast significant green credentials, without compromising on a first-class performance. An investment in electric road sweepers will not only cut emissions, but it will save significant amounts of money on fuel each year, when compared with a diesel or petrol alternative.

We need to move to a world where electric vehicles are the norm, and a staple of local authority fleets. Yes, there is an initial investment, but long term fuel savings and the undeniable positive impacts on greenhouse gas emissions and levels of air quality make it more than worth it.

Paul Beddows is head of sales at Dawsongroup Sweepers.